Written by Andrea Saez
Updated over a week ago

Trint is now part of the share sheet in Android and iOS devices - so you can upload audio and video files without opening the Trint app.

When highlighting a section to copy into the Story builder, a new “copy" button appears under the text to easily drop it into the editor, indicating the keyboard shortcut for your operating system. If you’re not a fan of keyboard shortcuts, you can now do it all with a click! 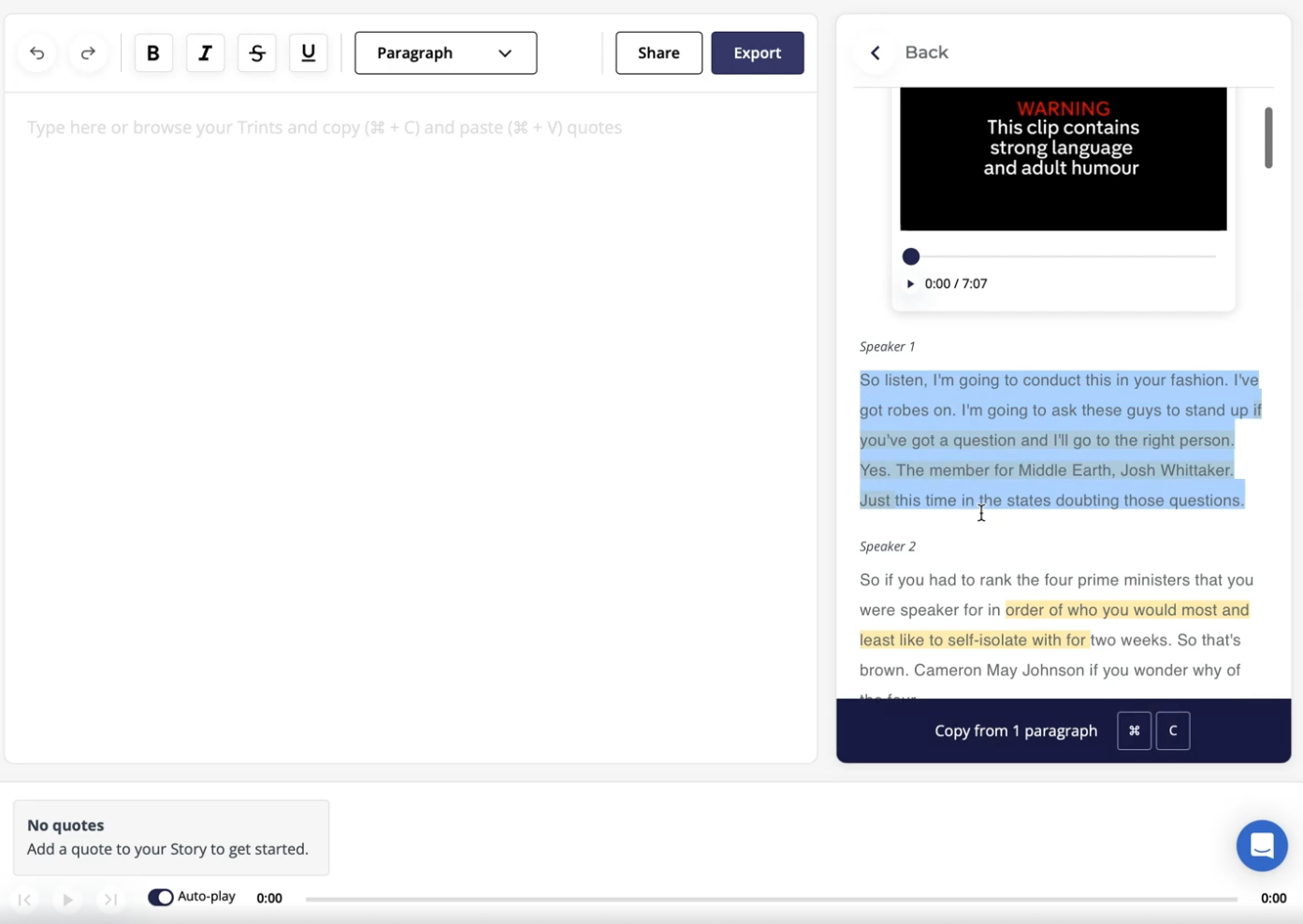 We’ve implemented some improvements to the mobile app to prevent it from crashing. In slightly more techy talk, we’ve tweaked the amount of memory in the database to prevent issues on startup.

We’ve added specific error reporting to our Android app in order to locate errors (and fix them) that much faster, providing you with a better experience.

It is now easier to collaborate than ever! You can now @mention colleagues across your organisation on the Story builder, making team workflows speedier and easier to manage.

Our new Story builder is now in testing phase! 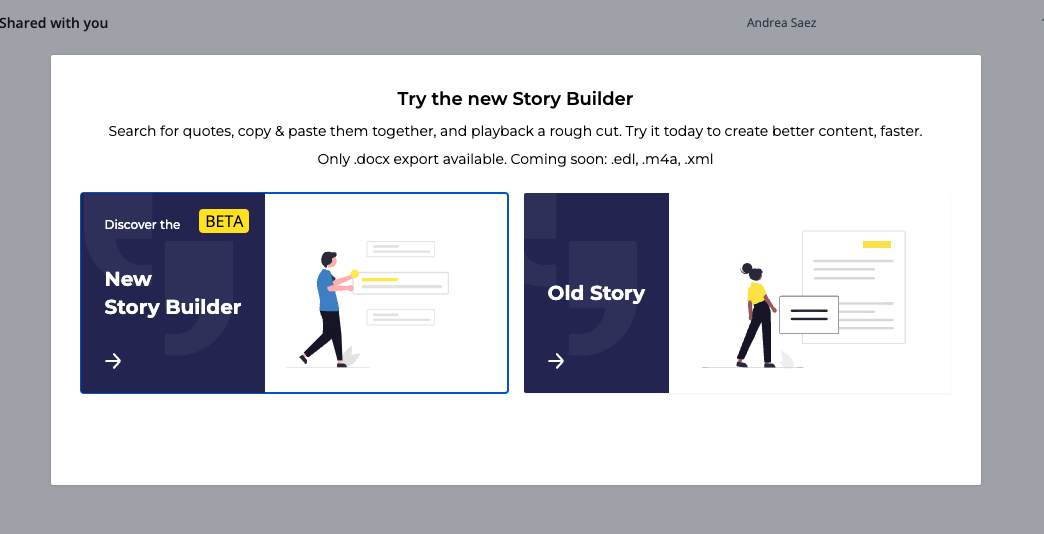 With the new story builder you can:

If you would like to join the beta testing phase, let us know!

Trint’s log in page now matches the design of our sign up page, providing a more unified user experience. 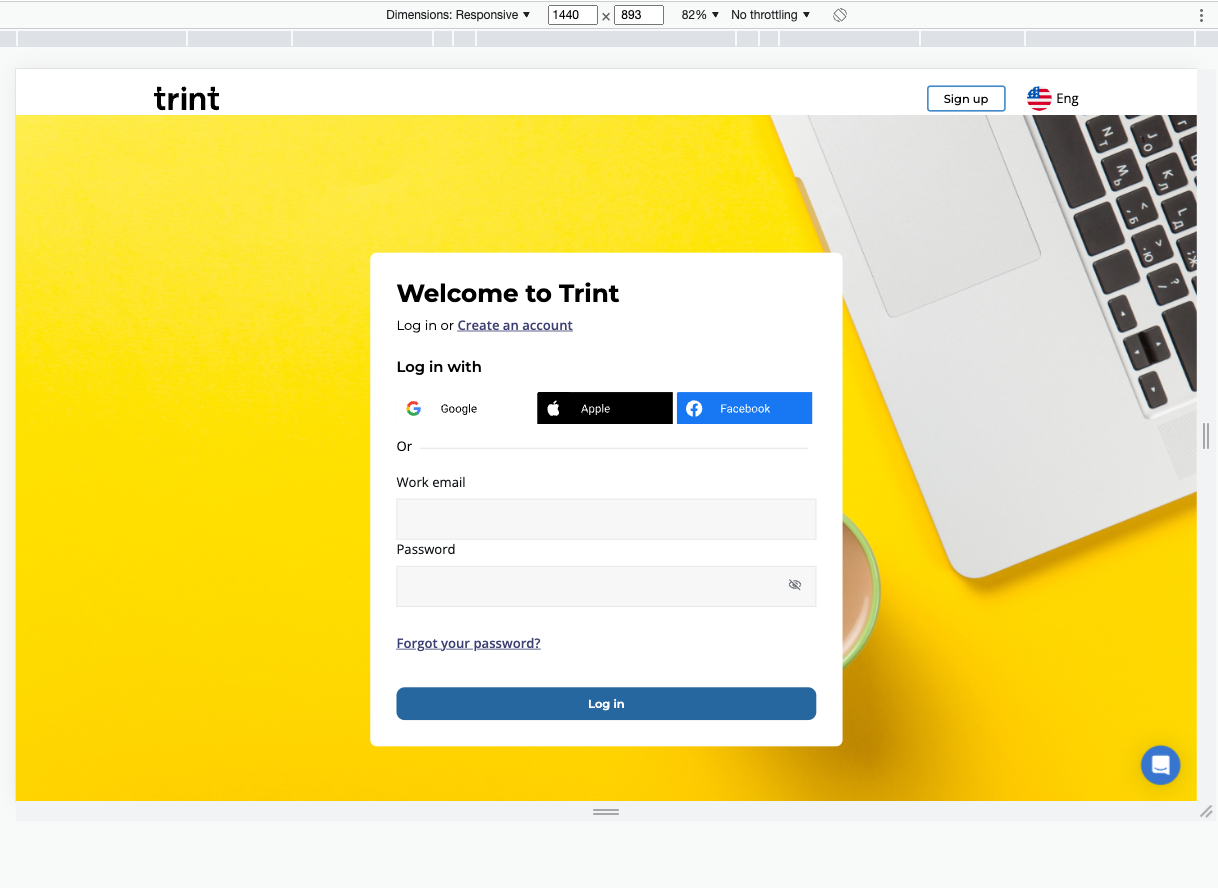 We’ve made a variety of updates to languages available on Trint, providing more accuracy during transcription and translations.