All Collections
Translate with Trint

Translating your transcripts is now possible in up to 54 languages

Written by Nina
Updated over a week ago

Translating transcripts is live for all users.

Take any of your transcripts and translate in up to 54 languages:

Here's how it works:

1.Open your Trint and click "Translate" in the menu bar: 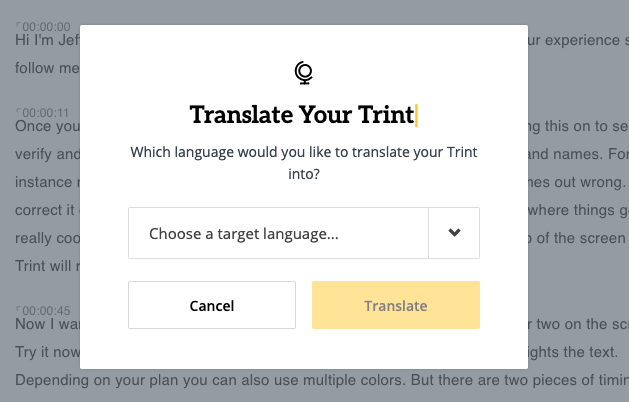 3. Translated versions can be toggled through on the same transcript using tabs above the text: 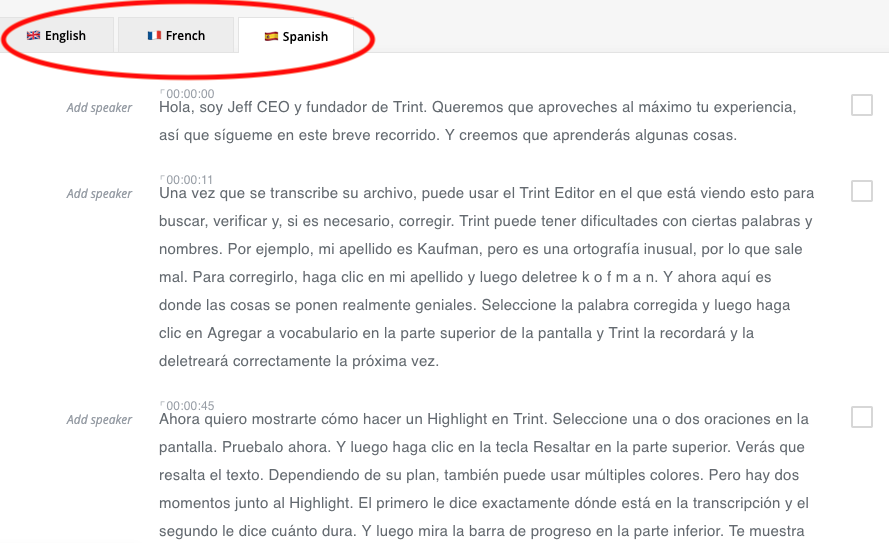 4. Playback the original audio/video and follow along in the translated text: 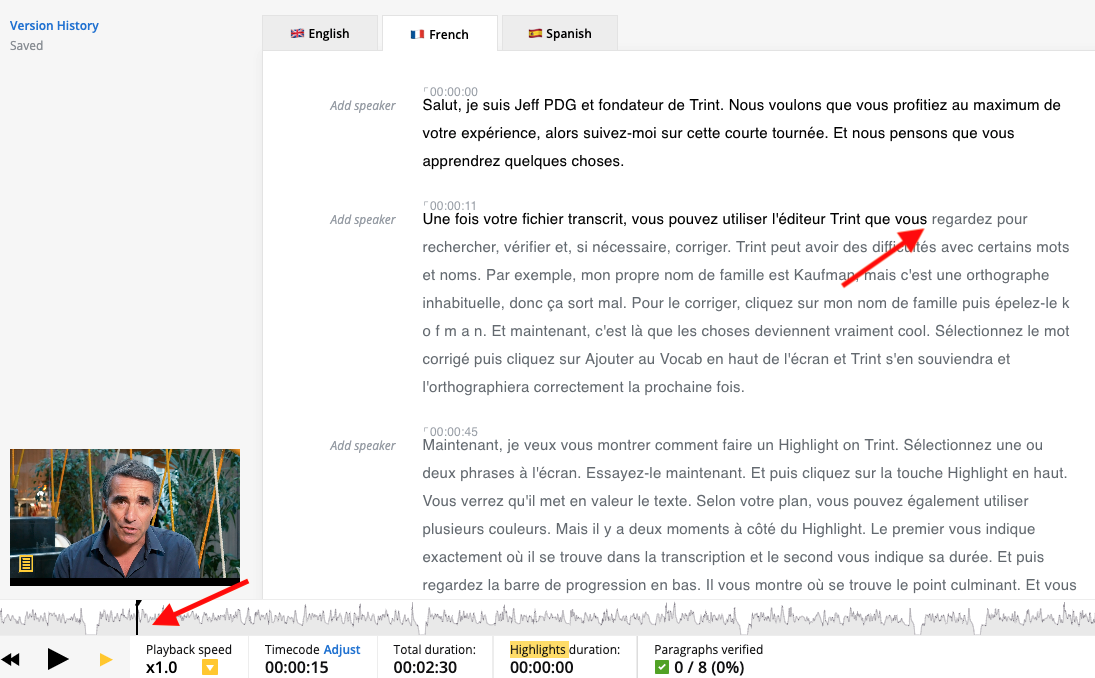 Please get in touch for any questions.